Internet connection is – together with digital skills, device, confidence and motivation – a key enabler of digital inclusion. It’s one that most people take for granted, yet between 8 and 9% of New Zealanders do not use the internet 1.World Internet Project Report 2015.

Up to 22% of Computers in Homes participants said ‘No’ to a subsidised internet connection, despite having acquired digital skills, a device, and confidence in their ability to use it.

Our research teases out some of the reasons, and describes a way to remove some barriers.

22% of programme graduates did not connect

During the first half of 2016/17, 78% of all families participating in a Computers in Homes programme either had an internet connection in their homes at the time of graduation or were connected to the internet shortly thereafter. This is about the same as for the previous two years.

While the CIH subsidy has remained the same – families still pay $10 per week – the quality of the connection has increased dramatically and the data caps have been regularly increased to match average New Zealand household use. The package offered by our main internet partner, 2 degrees, with a 100GB data cap and unlimited YouTube remains one of the most competitive in the market. So the question then is why do 22% of all Computers in Homes families say no to the internet component of the programme?

So why did 22% say ‘No’ to a good, subsidised connection?

The most common reasons given relate to uncertainty in the lives of the participants. During the last six months, 40% families said they are “not ready”, “undecided” or “living in temporary accommodation”.

12% had concerns about costs. Only 8% could not be connected because of “no service”.

The remaining 40% had “other” reasons, fairly consistently over the last five years. This suggests that these reasons are less about the internet itself but more to do with underlying human concerns, e.g. concerns about the implications of a 12-month contractual commitment and uncertainty about being able to honour that commitment.

Internet connection rates in some regions have been consistently lower than other regions, notably the Eastern Bay of Plenty, Tauranga, Waikato, Wairarapa and the West Coast.

There has also been little substantive change in the type of internet connection; the slight increase in ADSL connections and the dip in naked DSL seems to reflect the success of commercial telecommunication companies in bundling the internet with other services. 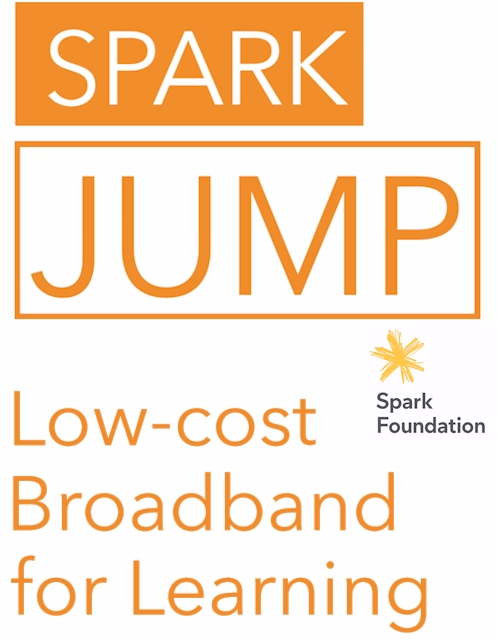 The new Spark Jump service, introduced in September 2016 by the Spark Foundation, is already having an impact. The combination of low entry cost ($15 for 30GB), pre-pay and no term contracts makes this a particularly attractive option for many families in the communities we support.

While this is constrained to 4G coverage areas, the performance rivals entry-level fibre services. But the ease of set up has to be one of the big advantages – no credit checks are necessary, there are no installation costs and it takes less than 10 minutes to set up an account and procure service.

20/20 has partnered with libraries and community groups to run ‘Stepping UP’ workshops that show people how it works and guides them through their set up there and then.

The last half-year report said “We expect Spark Jump to have an increasing impact and address some of the concerns and uncertainties that are preventing families from having an internet connection in their homes. By the next report (to June 2017), we hope to be able to report that we have overcome the invisible 80% barrier and see a significant increase in the number of families connecting to and sustaining an internet connection.”

The “July 2016 to end May’ figures are encouraging: connection rate is now running at 86% of the July-May of graduating families.

Read the Computers in Homes Half-year Report to January 2016 for more research and stories of the often transformational effect of the programme.

More about Spark Jump on the 20/20 Stepping UP site